Abhorrence of an Idea 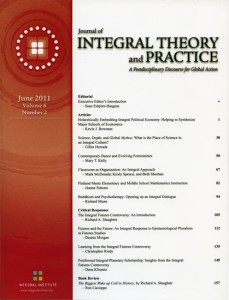 The response to Fodor among evolutionary thinkers has been derision and awkwardness. Philosopher Daniel Dennet said, via email: “Jerry Fodor’s book is a stunning demonstration of how abhorrence of an idea (Jerry’s visceral dislike of evolutionary thinking) can derange an otherwise clever thinker … a responsible academic is supposed to be able to control irrational impulses, [but] Fodor has simply collapsed in the face of his dread and composed some dreadfully bad arguments.” What Darwin Got Wrong, Dennett concludes, is “a book that so transparently misconstrues its target that it would be laughable were it not such dangerous mischief.”

Futures and the Future: an Integral Response to Epistemological Pluralism in Futures Studies (Dennis Morgan, JITP 6, 2, 2011 112-134) (To open click here)