THE KNOWLEDGE BASE OF FUTURES STUDIES (KBFS) 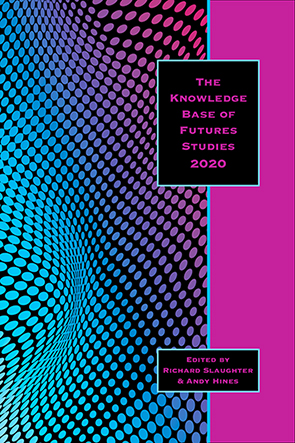 Visit the FI shop for further details anda  sample of this ground-breaking publication.

The Knowledge Base of Futures Studies (KBFS) arose from ideas and conversations in various locations around the world during the early 1990s. A major concern at the time was that Futures Studies (FS) was expanding and diversifying but core features such as organizations, methods, and literature were sometimes hard to identify or evaluate. How would practitioners define their field(s) of interest and how could new entrants find their bearings? Moreover, there were growing concerns that FS could be seen as a purely Western phenomenon. In which case where were those “other voices,” other views and, importantly, other “ways of knowing?” I wrote to as many practicing futurists as I could around the world requesting their insights and support. The first incarnation was a special issue of the journal Futures published in May 1993. It contained seven main articles, ten “divergent perspectives,” and no fewer than five annotated bibliographies from different regions of the world. It was intended to be critically aware, gender neutral, multicultural, and critically informed. The first edition appeared three years later in 1996 as a three-volume set of hardcopy books in a sturdy slip case.  Read more…

The study of futures may be problematic in some respects but this is no cause for concern. Over the last few decades, significant arenas of uncertainty have opened up under science and mathematics, and a new interpretative sophistication has developed across the humanities. The world is no longer as simple as it was. Read more… 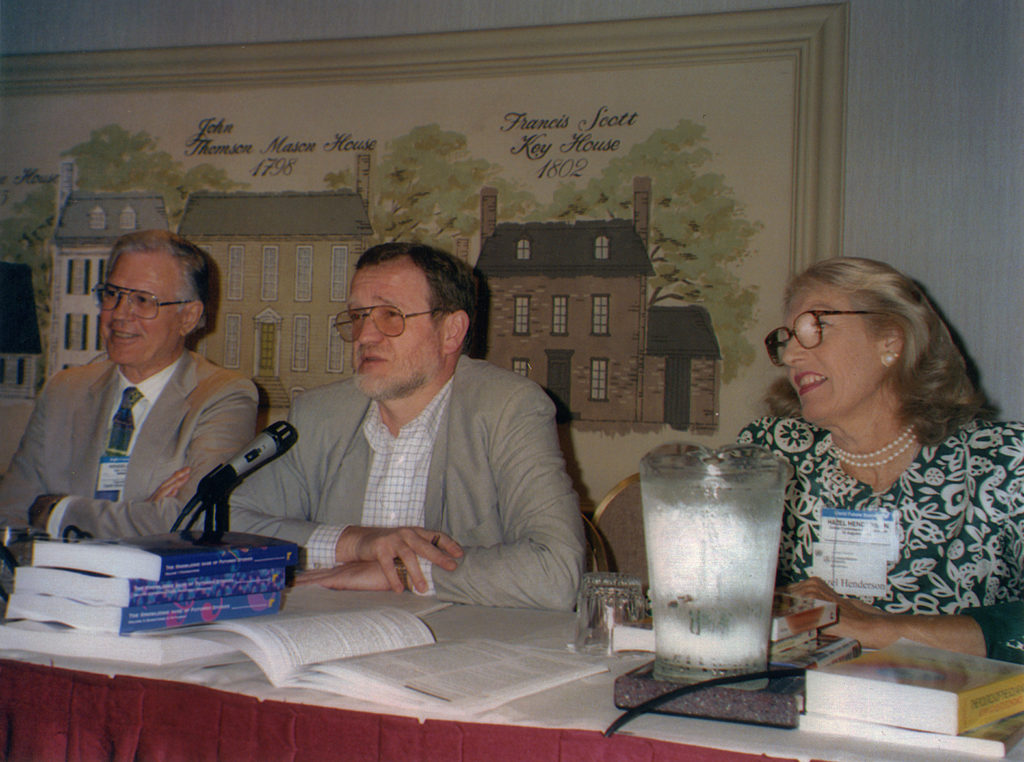 Volume one covered Foundations, volume two Organisations, Practices and Products and volume three Directions and Outlooks. The original flyer is here The set was launched at a World Future Society Conference (WFS) in Washington DC during July 1996. Hughes de Jouvenel, Wendell Bell and Hazel Henderson assisted. Two further hard copy editions followed. Then in 1999 and 2000 my son, Rohan, and I converted the files into html documents and assembled the first CD-ROM. This was followed by the five volume 2005 version described in the summary below. Also included here is a revised series introduction that appears on the disc. It provides a succinct account of how and why the KBFS arose and was developed, along with some of the feedback it received. 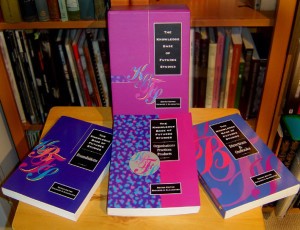 The KBFS as an Evolving Process

The Knowledge Base of Futures Studies (KBFS) emerged in response to a need for greater clarity about what might constitute the core concerns and features of FS. This 1996 article considers a rationale for the development of a knowledge base, the evolution of the present model and some of the ways that the model may continue to evolve through critique, innovation, synthesis and the emergence of new voices. It is suggested that far from being a monolithic entity driven by ‘Western’ interests, the knowledge base is a dynamic process that will change and develop over time. In so doing it will become less ‘Western’ and more truly global. Read more… 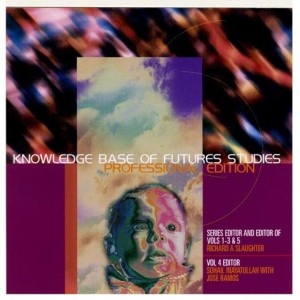 Responses to the Knowledge Base of Futures Studies

I congratulate you on one of the most important publishing events in the history of futures studies. For many decades to come, these volumes will remain the standard by which all other work in the field is judged. I’m very happy and proud to be included in them.

I am absolutely knocked out by the KBFS. It is totally inspiring and energising – what a marvelous feat! I especially like volume three with all the ideas and vision stuff.

The KBFS is the best futures resource available.

I am working through the knowledge base and must again congratulate you on the comprehensiveness and quality of its content. It will go a long way towards putting discipline in futures studies without (forbid it!) making it a discipline.

Thank you for making the CD “Knowledge Base of Futures Studies” part of the learning material we received.  When I first browsed the CD, I became overwhelmed with the richness and vastness of the available literature.  With every article I read, a process that is still ongoing, I discover something new… yet another bit of information that stretches the mind a bit further.

It is indeed a pleasure and a great opportunity to have access to such vast amount of literature at the click of a mouse-button, making my learning experience in Futures Studies a journey in which my laptop has become my most trusted and valued travel partner… Comparing this to the Trilogy “Back to the future”, I am tempted to refer to the knowledge base as “Fast Forward into the Future!”